Learning Languages is like Constructing Bridges to Other Cultures.

Learning languages is probably one of the best ways that can help you to improve your academic opportunities and expand your professional networking.

However, it is pretty obvious. Let’s go beyond.

I have listed below seven (and other quick) reasons why you should consider learning a second language.

What will you read here?

1. A Way to Construct a Global Networking

Learning languages will broaden your horizons.

After all, you will be able to speak with people from different countries and, consequently, explore cultures that you have never experienced before.

By having friends around the world, you realize that the world is much larger than you think. But, being a citizen of the world is possible. And speaking a second language may lead you to achieve this goal more easily.

When I was a freshman (first-year student) at Law School, I had a goal to learn English and Spanish.

The beginning was quite difficult because I did not see much sense in learning two languages. I wondered: “why am I learning this language if I do not have a language partner or more friends who speak several languages?” I did not even know how to start a conversation in English or Spanish!

And then, there was a day when I thought, “what if I try to find native speakers on the Internet?”

I signed up for mailing and foreign language penpal websites. By speaking with native speakers, I could practice languages for real life and, most importantly, discover my personal purposes of learning this skill: making friends around the world and explore new cultures.

And speaking of cultures:

The key word here is: immersion.

In 2011, I watched ‘Slumdog Millionaire’, which became one of my favorite movies due to several reasons.

Well, I had never seen any film whose story took place in India.

As Indian culture was new for me, this movie has inspired me to discover more details about life in this South Asian country. There were some problems, though. I was a high school student who belonged to a Brazilian middle-class family. Hence, taking a trip to India was inconceivable.

“What if I learn the Hindi language?”

And this was the cheapest and fascinating way that I had found to interact across Indian culture.

So I have started reading online newspapers, fiction and non-fiction books written by Indian authors and watch Bollywood movies. As a result, I have discovered that India was much more than the Taj Mahal.

I was in my senior year in high school. Therefore, unfortunately, I had little time to keep studying the Hindi language. Despite that, I have kept a habit of reading books and news about India.

I know people who have begun to learn the German language and Japanese language right after reading a book written by Kafka or some manga book (Japanese comic book). There are also those people learning the Russian language to read Dostoyevsky’s works in this language.

Have you ever imagined being able to read books or watch movies in their original languages?

3. It Can Change the Way You See the World

An Algerian and a Luxembourgish newspaper might report the same world event differently.

Aside from political, cultural and historical factors, there is a linguistic explanation for that.

Lera Boroditsky is a famous language teacher who spoke about ‘How Language Shapes the Way We Think’ at a TED event.

At her presentation, Lera highlights the way we see color depends on what language we are speaking. For instance, in the English language, there is only one word that covers a wide variety of colors. On the other hand, Russian speakers can use numerous expressions to refer to each shade of blue (light blue, dark blue and more).

And obviously, the way we describe even those simple daily events may differ, as in some languages we tend to focus more on the “subject” rather than the “object” and vice versa.

4. And It Will Also Help You to Find More Sources of Information for Studying

Tyrion Lannister (one of the main characters in ‘A Song of Ice and Fire’ and in ‘Game of Thrones’) once said:

“My brother has his sword, King Robert has his warhammer and I have my mind … and a mind needs books as a sword needs a whetstone if it is to keep its edge. That’s why I read so much Jon Snow”.

Fortunately, nowadays, Internet has been a powerful enabler in bridging knowledge between developed and developing countries. In other words, we have an immeasurable source of information!

But remember: many books and articles are not translated into various languages yet.

Here in Brazil, the students must demonstrate foreign language proficiency to get into a Graduate School. Likewise, many universities from around the world have this requirement.

There are excellent Japanologists in the West, such as William G. Beasley. However, learning Japanese would give you a competitive edge as you would be able to read books and articles which are only available in the Japanese language.

And this competitive edge is crucial. After all, remember that many students and researchers are inclined to read articles and books written in their native language.

5. Persistence + Learning How to Learn + Methods of Study + Self-Knowledge = a Successful Student

Obama mentioned that when his administration took office, they realized that the United States was facing many different challenges (including the financial crisis of 2007-2008).

So, he and his team pointed out that it was possible to “advance the ball every time and all the time across the field”.

Then Obama explained that despite this solving-problem method not allowed him and his team to a touchdown every time, it was always possible to move the “ball forward”. And what does President Obama’s years of public service have to do with learning languages?

He taught us a primordial lesson: how to become more persistent.

In fact, by learning languages, you will end up improving other skills (even soft ones, like networking, as I have mentioned before): study skills, time management and more. And fluency in a language is only achieved through persistence and consistency.

It genuinely will show you why starting small is indispensable to reach your most ambitious goals. Or do you expect to learn and memorize one thousand kanji in less than a week?

In 2012, I tried to study Japanese and failed because I did not follow a study method to learn this language. I also had no persistence and consistency.

Thus, as the difficulties arose, I gradually began to get discouraged in learning this Asian language.

A few years later, I returned to my Japanese lessons and finally made progress with this language.

But how did I do this?

To summarize (I will write about my Japanese language learning experience in a future post), I have developed my self-knowledge, found out my learning style and even created effective study methods according to my routine.

Self-knowledge is important to help you to choose the best study methods. After all, your favorite technique might be a waste of time for other people.

And finally, I have discovered how to balance my tasks and improved my focus.

6. You will Become a Language Addict and Insanely Curious about what life is like in Other Countries

If you join a language learning group, you will realize that most of the members are not only curious to learn how to say ‘good morning’ in Chinese or Turkish but interest in discovering what people eat for breakfast around the world, for example.

And just among ourselves, curiosity is something addictive. When we discover something we love, we continue to ‘dig’, no matter how many challenges we face.

And hey, can you imagine learning Thai fluently? Everybody knows the beautiful beaches located in Thailand. Nonetheless, what is it like to live in Bangkok or Chiang Mai? What if you speak with locals in their language and discover another side of Thailand that is not in the Guide Books?

7. And Finally, It Is Also a Healthy Hobby!

In 2014, the BBC published a report based on a study carried out by professors of the University of Edinburgh.

The research showed that people who spoke two or more languages had ‘significantly better cognitive abilities’ (reading comprehension, for example).

The coolest part of this research is that these positive effects are present in young and older people!

Additionally, according to a news report in The Telegraph, learning foreign languages is a real mental exercise, which brings us at least seven cognitive benefits, like negotiation and problem-solving skills. Furthermore, it is a way to prevent Alzheimer’s and dementia. 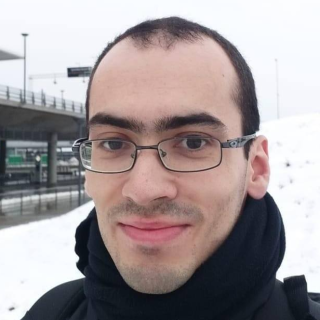